Victoria began Belly Dancing and studying Middle Eastern Dance back in 2008 under the instruction of Emilia of Toronto at Hannan’s Belly Dance Studio, now the Egyptian Dance Academy (EDA). She was also a member of E.A.S.T, The Egyptian Academy Student Troupe, (then under the Artistic Direction of Abigail) from 2010-2012. Shortly there after, she was approached to begin instructor training under EDA’s Master Instructor Nada El Masriya. Victoria has gone on to teach various levels at the EDA as well various workshops, and private specialized classes. She is also known for her unique and creative choreographies, and is sought after from students of all levels to have their very own unique compositions created by her.

Victoria fell in love with Egyptian Belly Dance and Folklore at the EDA, but never forgot about her Greek roots. She currently is studying from the top instructors and choreographers in the field of Greek Tsifteteli as well as Modern and Traditional Folkloric Greek dance.

Victoria was one of the original-founding student members of Zahira and Ruyah’s Dragonfly Belly Dance Studio (2010-2012). She trained with Zahira and Anuka during the two years she was a student there. She continues to attend workshops there, as well as at other studios across the GTA in order to grow in all the various styles of Belly Dance the city has to offer. She is so proud to be a member, alongside her fellow artists and peers, in a dance community that is so diverse and welcoming. She thanks all the studio owners, directors and instructors in and around the GTA for creating and maintaining the various artistic avenues for students and performers alike to learn and express their individual creativity.

Victoria is best known for her character role-playing on stage. She can quickly go from portraying a captivating Egyptian Baladi woman one moment, to a free spirited Perisan Gulf Khaleegi girl, to a Greek Tsifteteli Goddess the next. After performances, audience members often come up to her and comment on her enticing and inviting stage presence. She is known by many as the “Prop Dancer” as she loves to incorporate many props into her dance. Victoria has mastered the art of Sword, Shamadan, Isis Wings, Veil, and Fans (just to name a few). However, what she is most notably known for is her Glass Gobblet Dancing – her signature prop!

Victoria believes in giving back to her community and she does so by creating after school dance programs for girls and boys at various high schools in the GTA.  These programs help to promote physical activity, body awareness, self-growth and new found identity amongst young children and adolescences – All while learning in a safe and fun environment. Students of all ages know that Victoria’s classes are where friendships bloom, respect for oneself and others is revered, and the process of artistic creation is honoured. A teacher for the Toronto District School Board, Victoria is able to teach in various ways that allow for different types of learners to pick up material and movement easily. Students often have commented on her ability to teach simultaneously to the visual, auditory, kinesthetic, and tactile learns in her dance classes. Victoria is known as a beautifully expressive, creative and dedicated instructor which audiences and students a like fall in love with. 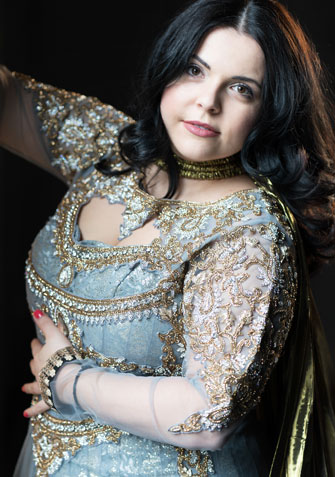